We've had a very good year for making community quilts. Thursday Sew-ins have given our efforts a good kick along, as well as giving members of the two groups opportunities to work together. Of course there have been others beavering away at home either making their own contributions or finishing off quilts that began life in the group. Here is a selection of those we still have - they will be going off to their new homes soon. 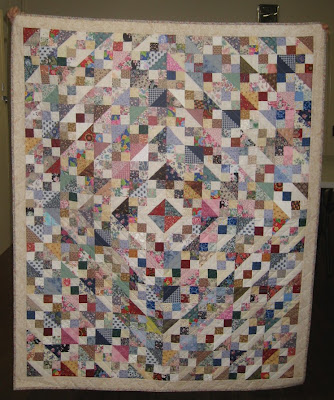 Dawn, Gerogie, Helen and other contributed the blocks for this jewel-box design. Lynette put the blocks together and had a few four-patches left over, which became the trip-around-the-world variation below ... 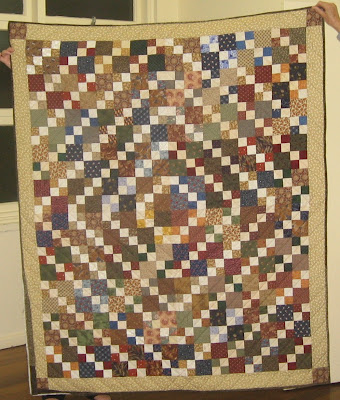 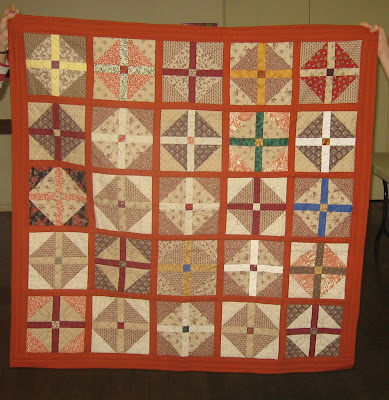 These lovely blocks were made by Lorraine M, Val, Lorraine K and Lynette, who again put them together. The touch of blue is brilliant. 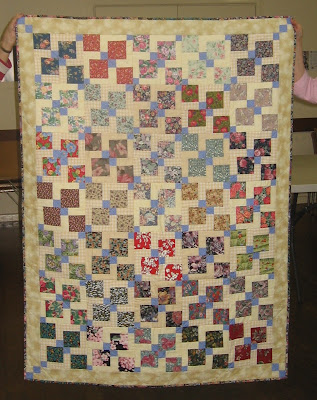 Lyn L donated some yellow gingham and blue nine patches. With a little reinvention and the addition of a floral print or two, Lynette turned them into this very nice disappearing 9 patch. 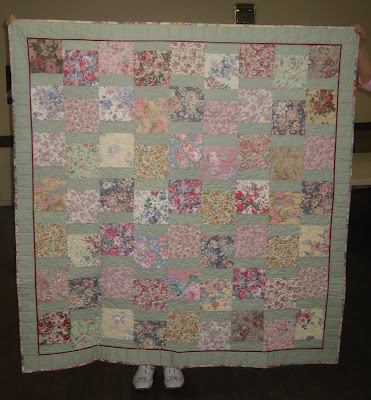 A very appealing quilt has emerged from Helen B's mixed floral squares, put together by Lyn L, with a light green small check between. Jo S added the peeper and border, quilted it, and then bound it!
Thank you to everyone who has contributed, and continues to do so. We know there are about a dozen more still in the making to start us off in 2010.
Posted by Blog editor at 6:36 PM