Spicing up the disappearing nine-patch

Christina Cameli gives a very clear tutorial for cutting and piecing, and a few variations of the many possible layouts in this 2011 post on her blog A Few Scraps. 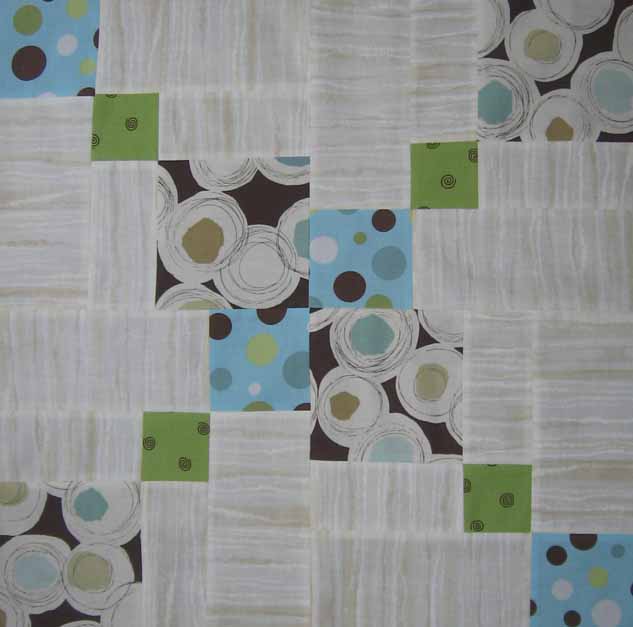 Here is an example of just one double disappearing nine patch block, made from Christina's tutorial, that is on its way to being a quilt top for the Fairholme community project.

The pieces for the first 9 patch block were cut 5" square, those for the second 9 patch were 7" square, and the finished block is 19 1/2" square.

Excellent for using scraps and small amounts of fabrics that play nicely together, and quick to make if necessary.

Here is the finished quilt, made up of four double disappearing 9 patch blocks, each with an additional narrow background strip in the centre, both vertically and horizontally, and repeated between the blocks in both directions, making the quilt a little larger. It finished at 54" square ... 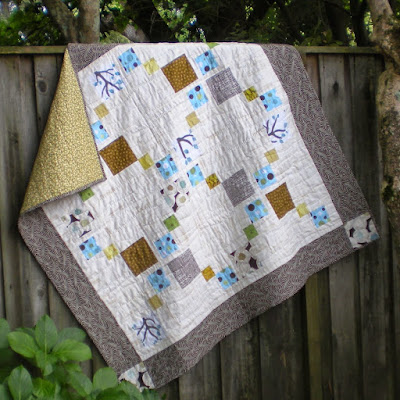 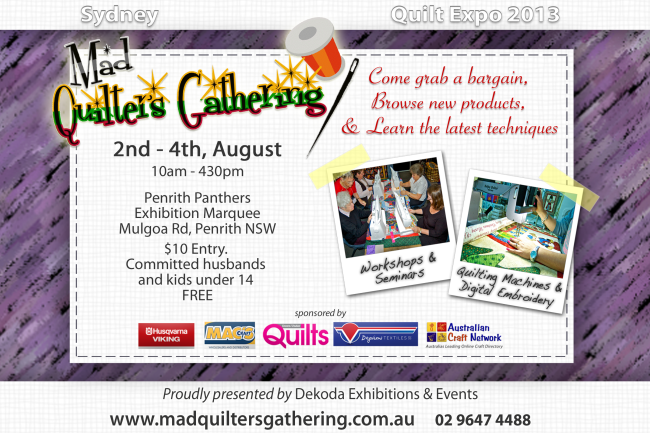 Taking down the Show ...

Check out this video on Template Free to see a fast forward version of the take-down of the Sydney Quilt Show on Sunday afternoon - it does look familiar, although with 400+ quilts it was a bigger job than our biennial exhibition. The video is 90 minutes compressed into an amusing 1m 27s.
Posted by Blog editor at 10:44 AM No comments:

Posted by Blog editor at 4:01 PM No comments:

The first and second prize Viewers' Choice winners at the 2013 Sydney Quilt Show were announced yesterday afternoon, and can be viewed online on the Quilters Guild of NSW website, here (scroll to the bottom of the page).

First Prize: Soldier On, made by Lucy Carroll, which also won first prize in the Pictorial Quilts (open) section. Lucy was also an award winner in the 2012 under 35s quilters competition.

Second Prize: Rings and Roses, made by Janet Treen, which also won the Best of Show and several other awards.

You can see more photos and news from the show on the Quilters Guild of NSW blog, Template Free
Posted by Blog editor at 12:23 PM No comments:

The Sydney Quilt Show is in session until Sunday 16th June. Awards have been announced, and photos are available on the Quilters Guild of NSW website, here. 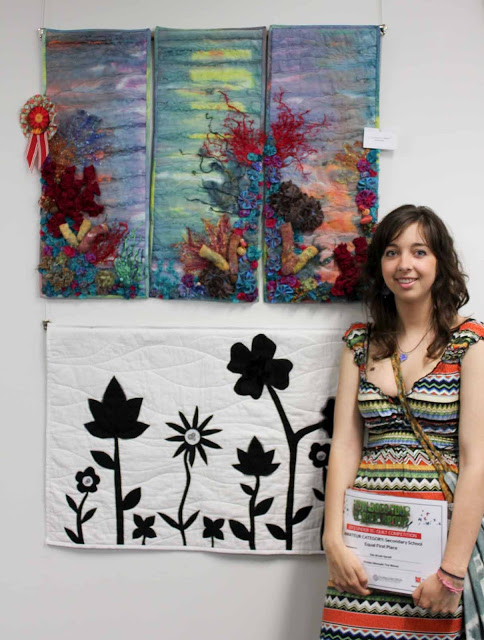 Scroll down just a little, and you will see that 'our' Elle Wyatt-Spratt has received the Bernina Junior Quiltmaker Encouragement award, for her triptych, Beneath the Waves.

Congratulations Elle - we are very proud of you!

Beneath the Waves was the joint winner of the secondary students' class in the inaugural competition for quiltmakers under 35 years of age, curated by the Quilters Guild of NSW in 2012.
Posted by Blog editor at 9:26 AM No comments:

It would be wonderful to see some Fairholme entries in this exhibition that will premiere at the Australasian Quilt Convention, Melbourne in April 2014: 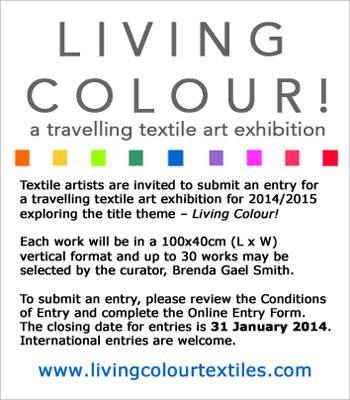 www.livingcolourtextiles.com
Posted by Blog editor at 3:53 PM No comments: